This morning, Partnership members and friends joined in honoring Jay Fishman at a breakfast hosted by Jerry Speyer at the Rainbow Room. Jay spoke movingly about how he and his wife Randy are treating his own struggle with ALS as an opportunity to make life better for all ALS patients and their families. Among other things, he intends to raise $10 million to endow a program that is being developed at Boston Children’s Hospital to enable ALS patients to “bank” their voices while they still have the ability to speak. This new and exciting technology allows patients to communicate with the assistance of a computer, but have the voice and intonation be their own rather than one generated by a computer.

See more photos from the event 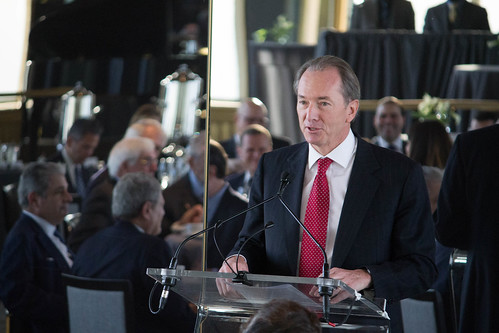 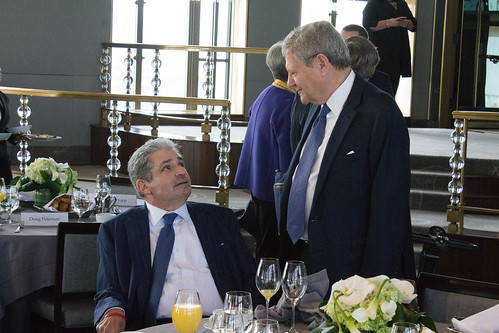 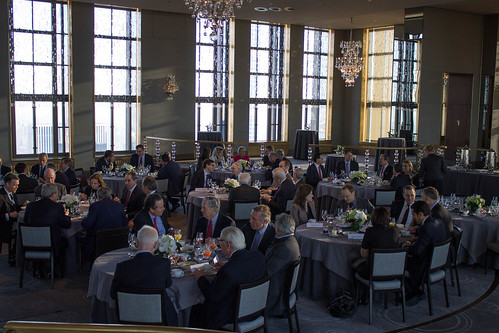