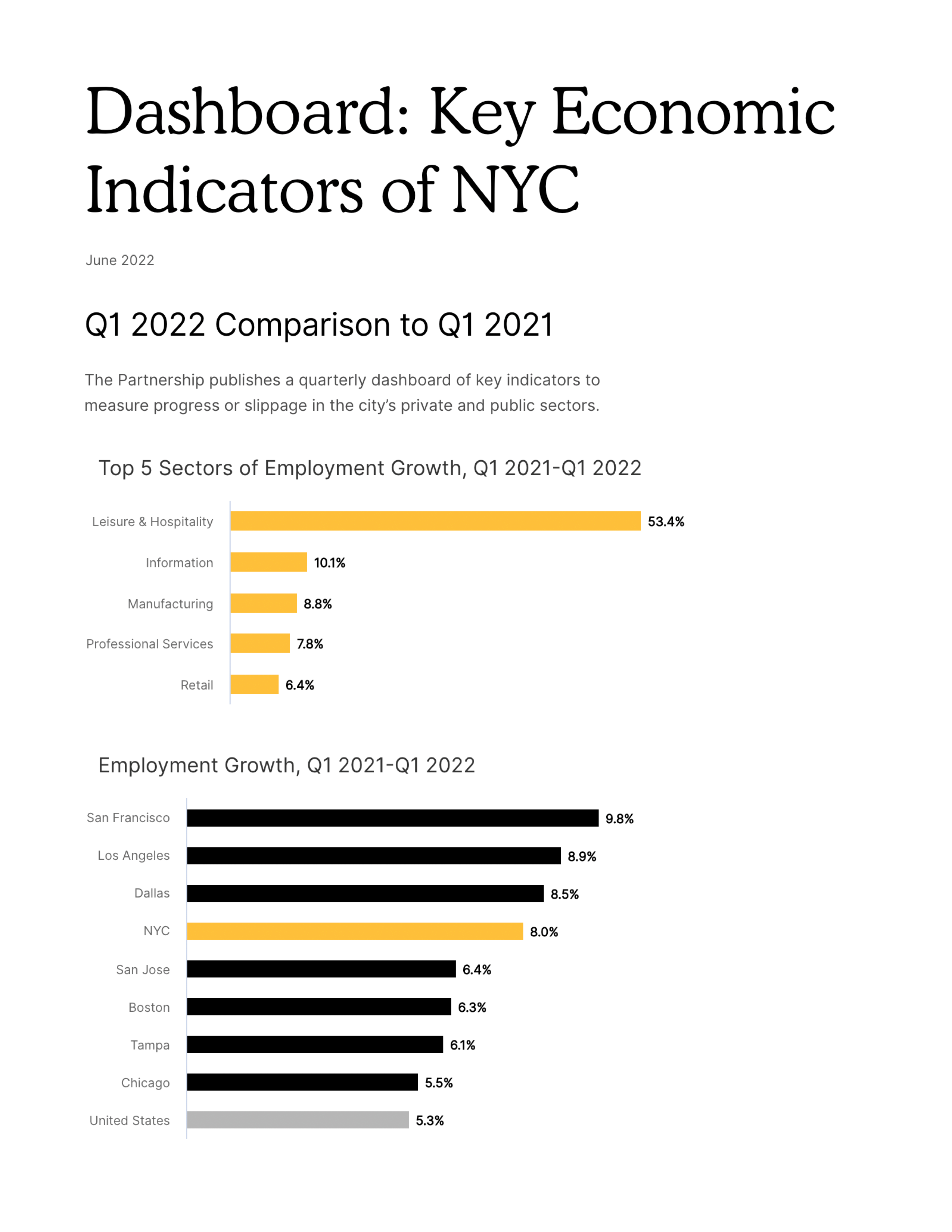 The Partnership publishes a quarterly dashboard of key indicators to measure progress or slippage in the city’s private and public sectors.

Recently released data from the U.S. Census Bureau provides insight into changes in New York City’s population since the onset of the COVID-19 pandemic:

Migration patterns affect the fiscal stability of the city and state. For example, the number of New York City filers with taxable incomes of greater than $100,000 and less than $5 million declined from 2019 to 2020 while the rest of the state saw an increase in filers in this income bracket. The loss of higher-income filers is cited in a March 2022 report from the State Comptroller’s Office. City residents in this income group paid 57% of city personal income taxes in 2019. The top 1% of city filers—earning over $804,000—accounted for 41% of income tax liability.