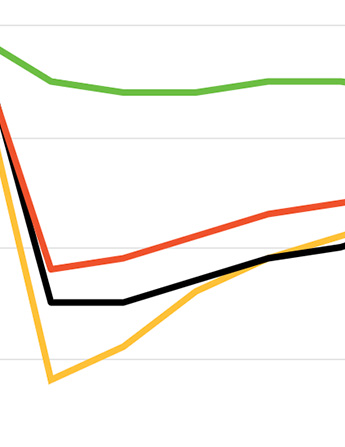 Tourism numbers strengthened over the summer, city-based startups are attracting more venture capital than pre-pandemic, and a slow but steady return to the office boosted weekday transit ridership to pandemic-era highs in September. The city’s unemployment rate grew in August as more people were seeking jobs. The city also added private sector jobs, but there is still misalignment in the labor market due to the persistent gap between job requirements and the skills of many of the unemployed.

946,000 vehicles traveled via MTA-operated bridges and tunnels on an average weekday through the first three weeks of September, level with pre-pandemic traffic.